“Stored Product Insects” is a general term given to any insect capable of infesting the raw materials of food or the finished food goods themselves. They generally live, feed and breed within the commodity but some stages of the insect life cycle may migrate away from the stored product, where cross infestation of other stored goods may occur.

Adult Larder Beetles are about 8mm long and dark brown, with a broad, pale yellow, black-spotted band across the front portion of the wing covers. There are six black dots on this band, three on each wing cover, arranged in a triangle. The underside and legs are covered with fine, yellowish hairs.

Females each lay about 135 eggs, which hatch in 12 or more days. Larvae prefer spoiled ham, bacon, dried beef and other meats. Larvae either bore into this meat or wander away to bore into wood, books and even metals such as lead and telephone cables to pupate. The life cycle requires 40 to 50 days.

Adult Lesser Mealworms are up to 6mm long, dark brown to black insects, with a distinctively dimpled thorax. The adults and larvae are often found in floor litter where they feed on poultry feed, dried bird droppings, and bird carcasses. Being a general scavenger, they can also be an occasional pest of stored products. In high numbers, in addition to being a vector for disease, the beetles can cause considerable structural damage as the larvae will often tunnel into polystyrene insulation materials or even wooden beams and supports in order to pupate.

Eggs are laid in batches and hatch in 4 to 5 days under typical room temperatures. The larval period can be as short as 8 weeks and following a 5 to 10 day pupal stage, the adult emerges. The average time from egg to adult takes about 80 days and the adults can live for several months.

The Beetles are robust, black and nearly 18mm long, resembling many ground beetles in size, shape and colour. The larvae are distinct, being honey yellow in colour with a smooth, highly polished, hard, cylindrical body about 3mm thick and up to 28mm long at maturity. Adult beetles are attracted to night-lights, are strong fliers, and are found in dark places. Each female lays about 275 eggs, which hatch into larvae in 4 to 14 days. Eggs are laid singly or in clusters during the spring over a period of 22 to 137 days. Larvae may spend up to two years in this stage depending on the environment. Individual larvae may wander far from the food source to pupate, making it difficult for homeowners to locate the source of infestation. Common sources are, flour, cake mixes, cereals, meat scraps, dead insects, and birds’ nests.

The beetles are about 2 – 3mm long and light brown to red brown in colour. Their bodies are covered with fine, silky hairs, and they have distinct grooves in their wing covers which can easily separate them from Tobacco Beetle. Biscuit Beetles have antenna that end in three enlarged segments.

This is a common species of mite in foodstuffs; it has reddish/pinkish legs. Flour Mites can live in almost any type of flour or in fodder and in stores of seed or corn. A single female can lay up to 500-800 eggs in her lifetime at a rate of 20-30 a day. If there is any doubt as to whether flour is infested with mites it is only necessary to spread a little out on a table and leave it for quarter of an hour. If the mites are present the surface of the flour will become uneven as the mites start to wander about.

Mite infested foodstuffs acquire a sickly sweet smell and a taste which renders them unsuitable for human and animal consumption.

Much larger than the Australian spider beetle at up to 4.5mm long, has a roughly spherical shape and is covered in golden hairs and scales. Occurs in flour and feed mills, food warehousing and the domestic environment, can also be found in and around bird nests and do not seem to reach high numbers.

Adults are extremely cold hardy, but free water is essential to them. They are nocturnal in foraging behaviour. A widespread pest in the food industry, larvae can bore through many types of packaging. There are usually up to 2 generations per year and the average lifespan is 9-12 months.

The adult is a small, active, brown beetle, 2-3mm long, with a flattened body and six saw-toothed projections on each side of the thorax. Similar in appearance is the Merchant Grain Beetle which has a slightly different shape to the head and thorax.

The females live from 6 to 10 months and deposit upwards of 250 eggs in foodstuffs. Several generations may occur each year, as the life cycle requires only 3 to 4 weeks during the summer, when conditions are at their most favourable.

A small moth, the caterpillars of which cause considerable damage to stored food products. As the name suggests it commonly attacks tobacco and cocoa, as well as grains, nuts, dried fruit and many other stored products. Adults are up to 10mm in length with greyish-brown wings and have dark double bands at the top and base of the wings (although these are frequently rubbed off). Similar in appearance to the Tropical Warehouse Moth where the wing markings are often less distinct (and the adults are less tolerant to temperature variances).

Up to 200 eggs are laid. There is usually only one generation per year, although under ideal conditions the lifecycle can be as brief as 12 weeks.

Adult moths are about 8 to 10mm long when at rest and have a wing spread of about 18 to 20mm. When viewed from above with the wings folded over the back, the outer 1/3 of the wing appears reddish-brown or bronze coloured “at the wing tips” while the inner 2/3 of the wing “at the basal portion” is light grey to ochre-yellow. Also, the head and thorax are reddish-brown and the hind wings grey. Brown-headed larvae are dirty white, sometimes tinged pink or green.

The female moth lays between 60 and 300 eggs, singly or in clusters, on or near the foodstuffs. Eggs hatch in 2 to 14 days with larvae or “tiny whitish caterpillars” dispersing within a few hours. Larvae move to foodstuffs, and feed in or near a tunnel-like case of frass and silk which they web together. Under good conditions, the entire life cycle requires six to eight weeks and can be active all year round. However, in cold climates, larvae over-winter and pupate in March.

These insects are easily recognisable by their elongated snouts (this is known as their rostrum). They are the common pest in stored grain.

The egg, larva, and pupa stages of both weevils occur in the grain kernels and are rarely seen. Feeding is done within the grain kernel, and adults cut exit holes to emerge. Emergence holes of the granary weevil are larger than those of the rice weevil, and tend to be more ragged than smooth and round. Females drill a tiny hole in the grain kernel, deposit an egg in the cavity, then plug the hole with a gelatinous secretion. The egg hatches into a young larva which bores toward the center of the kernel, feeds, grows, and pupates there. New adults bore emergence holes from the inside, then leave to mate and begin a new generation.

Hiring a reputable pest control company like EnviroGuard to deal with or provide ongoing control of a stored product infestation in a responsible and professional manner will help to achieve and quick effective control.

All Pesticides used in the control/treatment of insect pests are selective and applied to ensure public safety.

For further details about stored product insects or to book a survey please enquire online or give us a call. 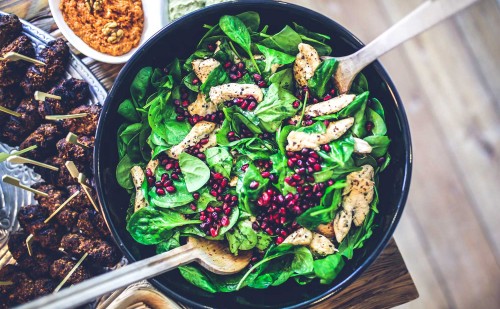 Assured Food Industry Pest Control The Enviroguard pestguard plus service provides clients, typically in the food industry, with a higher level of pest control and reporting, especially for those clients who are required to have external audits and have zero tolerance to pest infestation. Enviroguard’s BPCA qualified technicians are supported by a field biologist who will carry out thorough inspections including detailed reporting and pest risk assessments at agreed intervals. This rigorous approach ensures that our clients are protected from pests... View More > 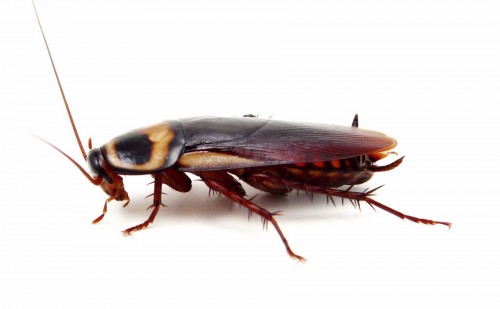 Cockroaches carry food poisoning germs on their bodies and are responsible for the spread of dysentery and gastroenteritis. Contamination will occur when the insect comes into contact with food or work surfaces or through faecal contamination of foodstuffs.