What are the implications of a bird problem?

Home » What are the implications of a bird problem?

Heavy infestations on buildings can create large amounts of fouling and make buildings look unsightly, the fouling is also very acidic and causes damage to the fabric of buildings, which in turn leads to higher cleaning and repair bills.
Bird fouling has the potential to make walkways slippery, causing a health and safety hazard.
Nests can block gutters and downpipes, and potentially damage plant on rooftops, such as air conditioning units.
Feral Bird fouling is also extremely hazardous material. Micro-organisms within the fouling are carriers of many pathogenic diseases, some are detailed below.
Extrinsic Allergic Alveolitis: More commonly known as pigeon fanciers lung, this is a serious allergic state that cannot be remedied, while any associated bird matter
(fouling, feathers, or nesting materials ) is present.
Salmonellosis: This bacteria is passed on to humans via the birds’ droppings, contaminated feathers and nesting materials. It is estimated that over 68% of the feral pigeon population carries Paratyphoid strains of the Salmonella bacteria.
Histoplasmosis: The yeast fungus ( Histoplasma capsulatum ) which causes this infection grows in the surface soil in many parts of the world. The spores thrive in bird fouling. Humans contract the disease by breathing in the spores. Symtoms are loss of appetite, diarrhoea and liver enlargement. Diagnosis is by blood test or by growing the fungus from sputum specimens.
Crytococcosis: A very serious illness which begins as a lung infection and can progress to attack the meninges and manifest itself as meningitis.
Erysipelas: Since the introduction of penicillin, it has become very rare. It is a very serious type of wound infection. It is however still possible for anybody in close proximity to birds to be attacked by virulent strains of streptococcus pyogenes which enter through minor open wounds.
Campylobacter: This illness manifests itself as a severe case of food poisoning Campylobacter enteritis. Contamination from the campylobacter jejuni is also known to be transmitted by Corvids such as magpies pecking at milk bottle tops and contaminating the milk.
Chlamydiosis: Relates to two similar diseases which are both influenza type viruses: (1) Ornithosis, the vector is a bacterium, Chlamydia psittaci, (2) Psittacosis, the closer of the two to a typical pneumonia. The young and the elderly are particularly at risk.

EnviroGuard are a business service provider, the company provide pest control services to a broad range of companies, local authorities and housing associations throughout the Northwest. All technicians are fully trained with recognised qualifications in pest and bird control, operating regulated systems ensuring that our customers receive the highest standard of service. EnviroGuard have become one of the northwest’s leading pest control providers with a diverse spectrum of customers froms large commercial sites such as paper mills and food manufacturing... View More > 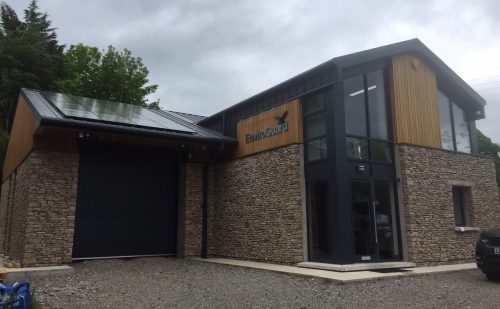 Its not known how many fires are caused by gnawing rodents but it does happen. The rat detailed in the image was removed from an enquiry for a bad smell, upon inspection a rat was found to have electricuted its self in the property fuse board. Dont leave rodents until its too late, it could cost you a lot more than a nominal fee for a simple baiting program. Contact Enviroguard for rodent control and pest prevention on frephone 08800687279

If you have an existing pest control contract with another company or you require a commercial pest service, call Enviroguard and we will guarantee to beat your existing price – we will even sort all the paperwork out for you. Call today on Freephone 08000687279

Developed by the British Retail Consortium, a UK trade organisation that represents the interests of UK retailers, the BRC`s Global standard for Food Safety is used extensively in 14,000 sites in 100 countries. Enviroguard Pest Control have been providing BRC  standard pest control to food manufactures, packaging companies and other food related industries for many yeas. If you require BRC standard pest control and supporting paperwork please contact Enviroguard for a no obligation quotation. Sleep easy – non compliance is... View More >

Enviroguard recently completed riddance treatments on a large South Lakeland farm where rats had become an ongoing issue. The local farmer contacted Enviroguard when he “couldn’t get on top of the the problem”. Costings were calculated for an initial riddance of the rats. Over 100 rats were removed from the site after the initial baiting program, which came as a surprise to the technician who in his own words said he hasn’t seen anything like it before. Preventative baiting has now... View More >

If you require industrial cleaning and waste disposal, Enviroguard offer the complete the package. Free site survey and quotation Comprehensive risk assessments prior to instruction Safe working practices Approved waste carriers All work guaranteed The images detailed are a recently completed project in a paper mill where dried glue was removed from gullies around a laminating machine. Work was completed over the weekend during shut down, waste was cleared from the drains, double bagged and all removed prior to Monday... View More >